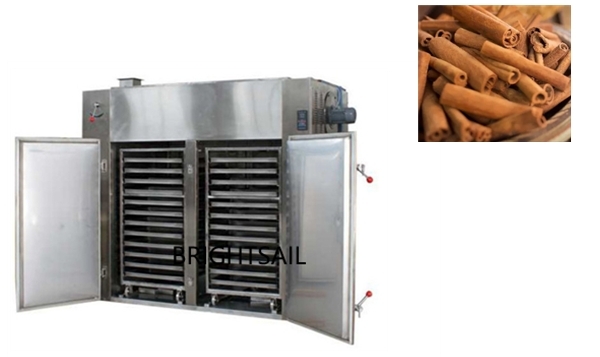 I.The first machine is the cinnamon drying machine, it would help to dry the cinnamon for the preparations of the grinding step. Our BSO series hot air drying oven is usually used to do the drying work, different models are supplied to meet different capacity demand. 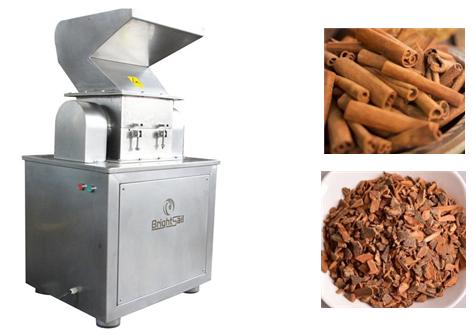 II.The second device is the BSC-cinnamon crusher machine, it works to crush dried cinnamon into small granules. Usually the cinnamon is large in size, before the fine grinding, we need to coarsely crush them first.

1) BS series small hammer mill can make 10-80 mesh cinnamon powder, the capacity is basically from about 20kg/h to 100kg/h. It is more suitable for low capacity use or small production.

2) The BSP series air classifier mill can make 60-300mesh cinnamon powder, if you have a very high requirement for the powder size, this one is very suitable.

3) Our BSDF series hammer mill (big capacity cinnamon powder milling machine) is a special grinder with three stage of cutters inside, for this type, big size cinnamon can be directly put in.

This is video of our cinnamon powder making machine.